'We Shall Overcome' is more than words and a melody

The beloved “We Shall Overcome,” this song of songs from the South, has emerged over the decades as a hymn acknowledging heartbreaking struggle and an expectation of victory.

It’s the signature song from the Civil Rights Movement many will sing throughout Monday’s celebration of the Dr. Martin Luther King, Jr. holiday.

The melody, derived from the song “No More Auction Block for Me” that pre-dates the Civil War, haunts the soul. The lyrics, drawn from “I’ll Overcome Someday” by the Rev. Charles Tindley, are penned like the tear-stained letter of someone plowing through crushing tragedy while definantly gripping hope.

But the question always arises. When does “We Shall Overcome” become more than an ache for what is yet to be? In part, the idea of overcoming becomes more concrete when we grasp who we are and clearly identify the circumstances we face. 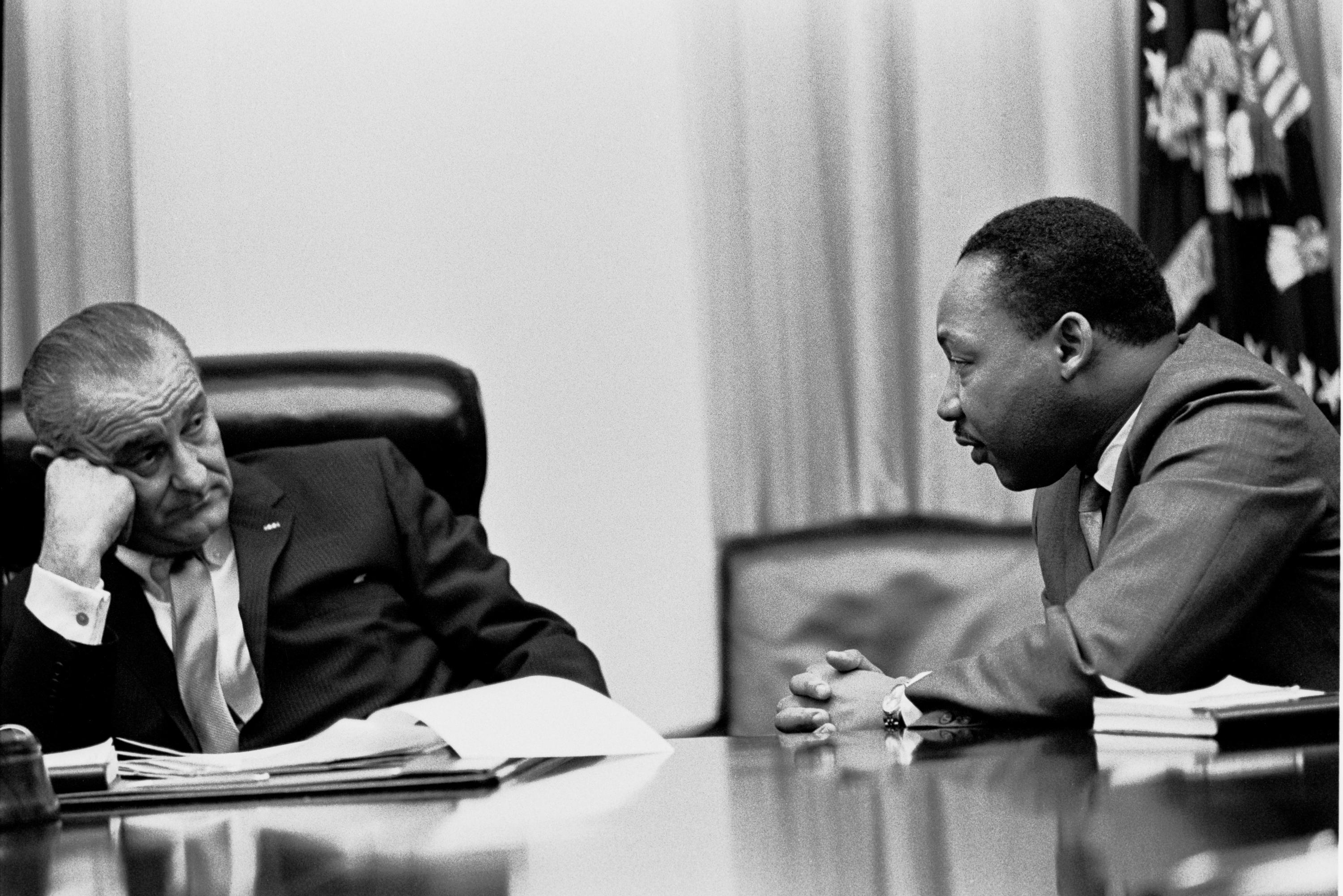 President Lyndon B. Johnson touches on this perspective in his speech “We Shall Overcome,” delivered on March 15, 1965, a week after police attacked African Americans in Selma, Alabama. Here’s a key excerpt:

And we are met here tonight as Americans—not as Democrats or Republicans; we’re met here as Americans to solve that problem. This was the first nation in the history of the world to be founded with a purpose.

The great phrases of that purpose still sound in every American heart, North and South: ‘All men are created equal.’ ‘Government by consent of the governed.’ ‘Give me liberty or give me death.’ And those are not just clever words, and those are not just empty theories.”

In his 1967 book, “Where Do We Go from Here: Chaos or Community,” King doesn’t sugarcoat his perspective of what overcoming looks like as he urges the nation to abandon the wretchedness of racism:

“White Americans must recognize that justice for black people cannot be achieved without radical changes in the structure of our society. The comfortable, the entrenched, the privileged cannot continue to tremble at the prospect of change of the status quo. … This is a multiracial nation where all groups are dependent on each other. There is no separate white path to power and fulfillment, short of social disaster, that does not share power with black aspirations for freedom and human dignity.”

Indeed. When human beings understand that everyone has a chance to reach for a high purpose as individuals, community leaders, and as American citizens, we glimpse the overcoming life.

No one should understand this principle better than Jesus followers. The Bible offers full understanding of an overcomer and an overcoming nature because overcoming is a promise discovered in a Person. According to 1 John 4:5 “everyone who has been born of God overcomes the world. And this is the victory that has overcome the world — our faith” (ESV).

For an overcoming nature to be a genuine, unflinching trait, we must perceive it as a fact of the past, an experience of the present, and an expected outcome of the future. It also must be understood as the richest of blessings all share when they dedicate their lives to Jesus, the Eternal Overcomer.

(Photo of President Johnson and Dr. King in 1966 in the White House Cabinet Room by Yoichi Okamoto.)